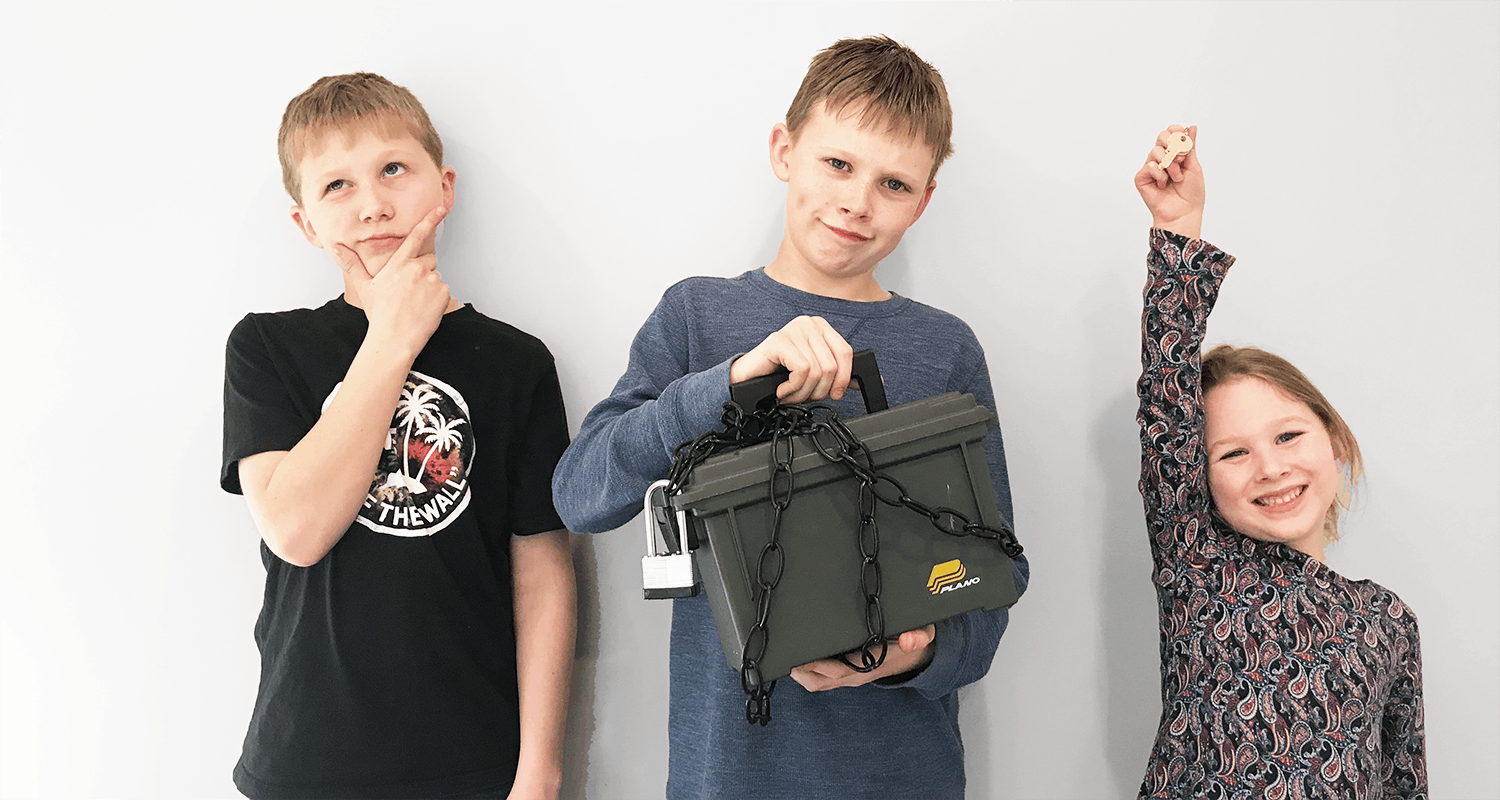 How To Solve An Escape Room In less Than An Hour

Escape Rooms are popping up everywhere in different cities, suburbs and inside many destination hotels.  You work together as a team to solve puzzles and complete tasks to get out of a room or series of rooms in a certain amount of time. They are a great option for birthday parities, team building, dates, night out with friends and of course a family activity.  We recently took our three kids ages 6, 10 and 12 to their first escape room while on a ski vacation up in Canada.  It was a great way to escape the cold and spend some time together off of the slopes.  Not all escape rooms are designed for kids that young.  This particular location had a few rooms that were designed to include younger children. We suggest asking the location about suggested ages before booking your reservation.  We have a few escape room tips and tricks that will help on your next escape room adventure. 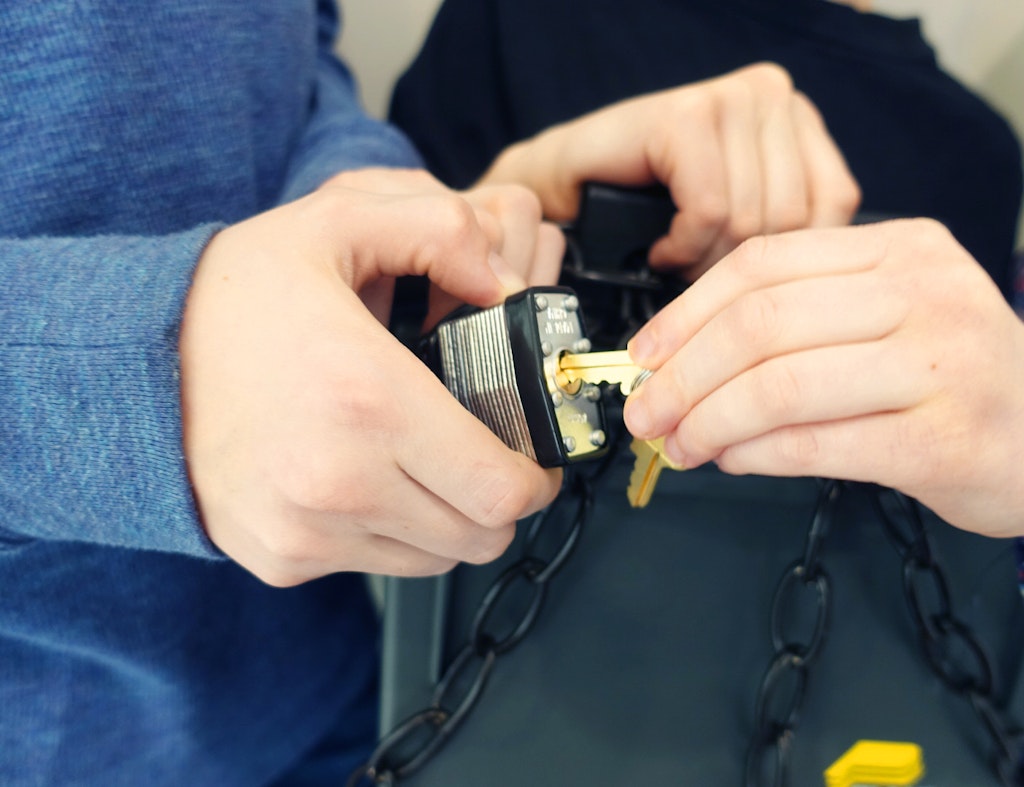 Bring a Smaller Group Than Suggested

Each escape room will have a suggested or max group size.  For our first escape room tip, we have found that if you have less people then what they suggest then you will have more room to move around and more for everyone in the group to do.  If you have fewer people than the maximum number of participants for the room you might want to make sure that your group will have the room to themselves when making your reservation.   Some escape rooms will pair smaller groups together in the same time slot.

When you enter the room start your searching.  Move everything. Check under rugs, inside pockets of coats, inside of books, under tables, under boxes, inside of drawers, under chairs, behind doors in the room etc.  Leave electrical outlets and ceiling panels alone.  The escape room staff might also have some ground rules to add about what not to move.  We had a few things in the room that had a “do not touch” sign on them that were for the employees only.  Once you find something make sure everyone knows and organize your items.  Keep all of your found, unsolved clues in one place.

Look For Patterns and Codes

In written clues look for patterns like words with capital letters, words that are bolded or a different color, words that are missing letters, first word on each line.  This might spell out your next clue, the password etc.

The room might also have a code that you need to solve depending on the difficulty of the room.

Divide and Conquer But Communicate

Don’t have everyone work on the same puzzle or the same clue at once.  Split up but make sure to communicate what you’re working on.  If you’ve found a clue announce it.  If you found a lock that requires a 4 digit code or a 5 letter code, announce it.  Someone else in your group might have noticed something already that can help with the puzzle you just found.

Have a Discard Pile

It gets super confusing with so many clues and a time crunch to keep track of whether or not you’ve already used a clue or a certain key has already opened a lock.  Usually escape room designers will have you use one clue, lock or key one time and then you’re done with it.  Pick a spot in the room to place all of your clues, locks, keys etc, that you have already used.  This will keep you from wasting time trying to solve something someone else has already solved.  Store the used keys inside of their locks and place them in the discard pile.  I tried a few times to stick a key we had already used in a different lock because we had placed the lock in the discard pile but the key was separate.

This tip helped us several times.  One of us would try a lock or a code and it wouldn’t work, but the second person would get it open.

Keep in mind that these escape rooms are designed for a wide range of audiences to complete within an hour. Don’t overthink the the clues.  Start with the most obvious and go from there.

Remember that you’re there to have fun.  If someone is getting overwhelmed give them a specific task or job to do. Enjoy the experience … life is a journey ya’ll 🙂 We hope these few escape room tips and tricks help you and your friends next time you try out an escape room. 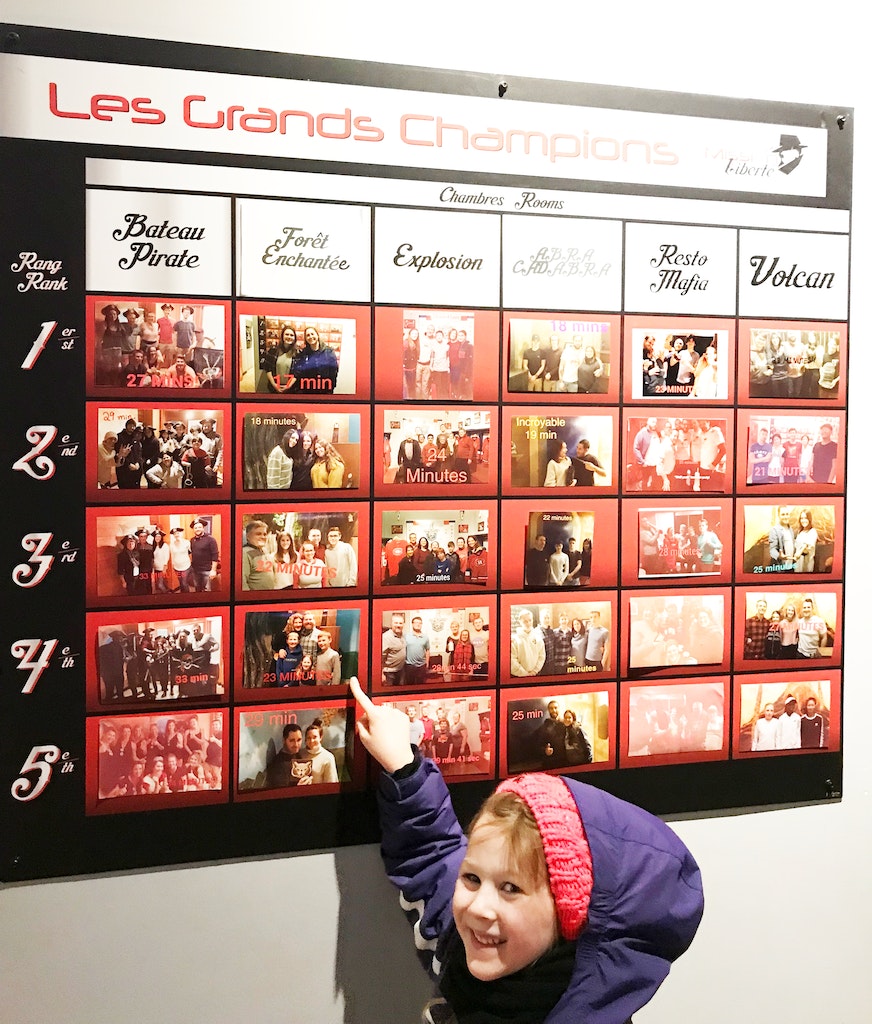