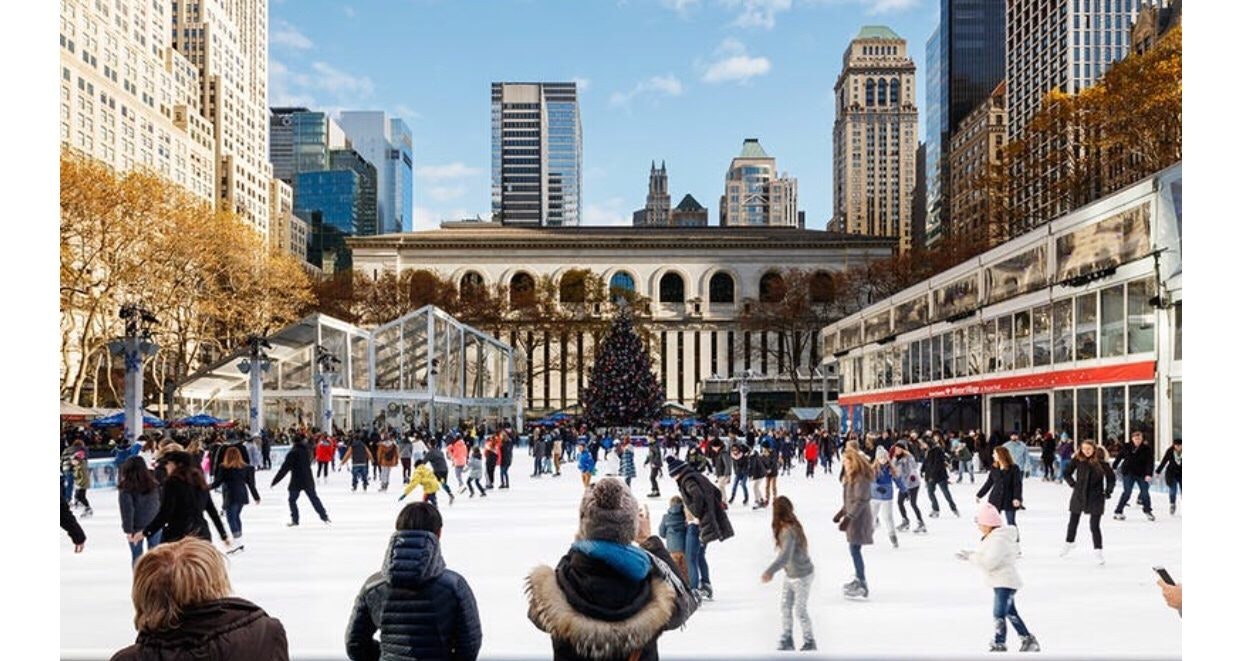 We just got home from an amazing whirlwind weekend trip to New York City.  We love NYC, but there’s something magical about the city at this time of year.  The hotels, stores and restaurants are decked out with lights and decorations.  Holiday music is playing everywhere and the energy around the city is in full swing. 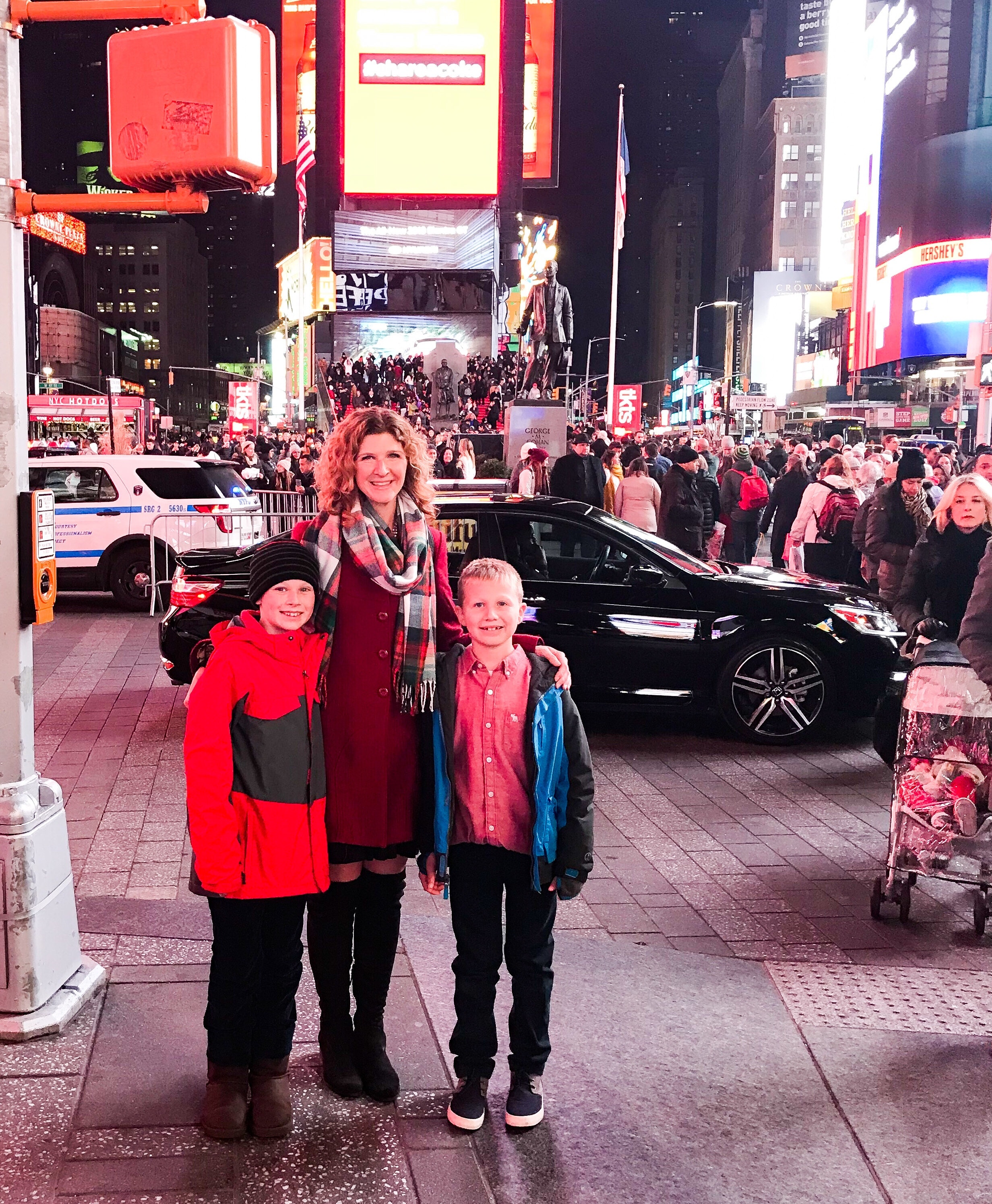 If you’re planning a trip up the the Big Apple over the holidays, here are a few things to consider that we enjoyed on our trip.

Make a wish. There was a booth set up in Times Square one morning where you could write down your wish for 2018 on one of the pieces of tissue confetti that they will release over Times Square at midnight on New Year’s Eve. How neat is that!? 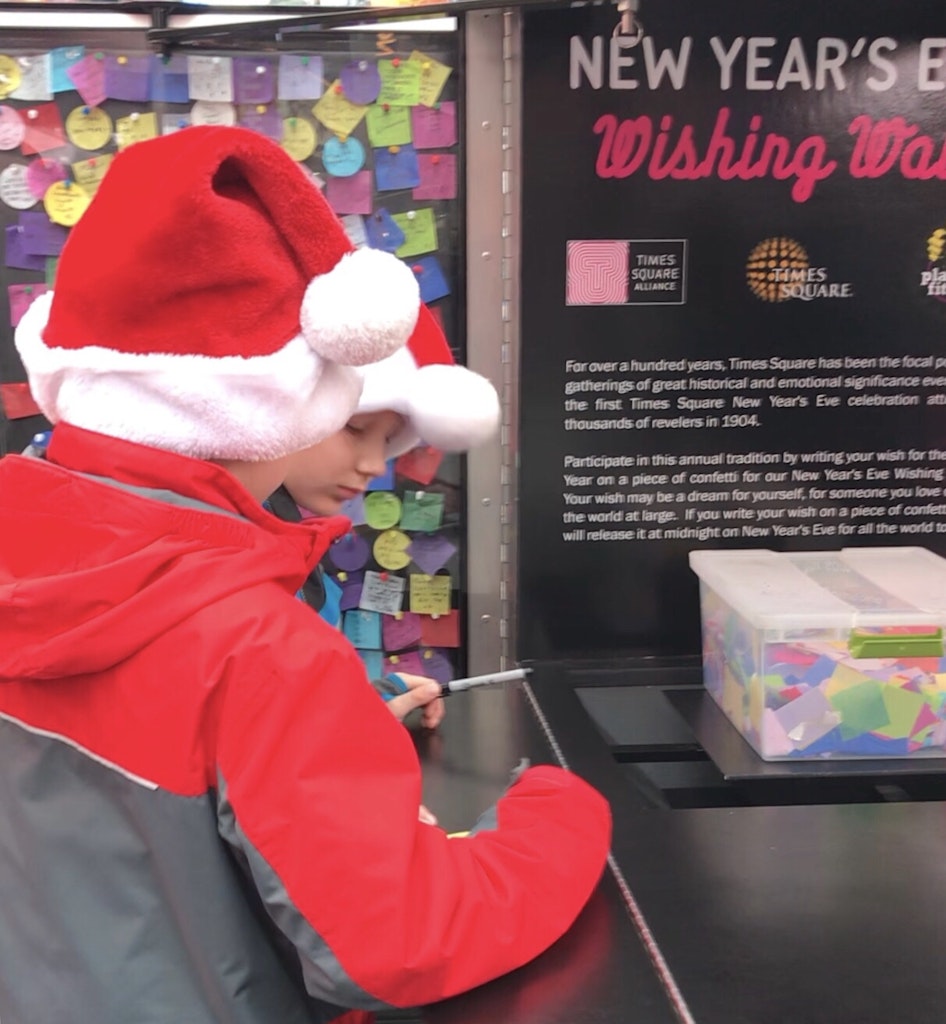 Try a new cup of joe.  It’s only fitting that the city that never sleeps has so many amazing coffee shops to choose from.  Some of our favorites that we’ve tried are Cafe Grumpy, Blue Bottle Coffee and Birch Coffee. 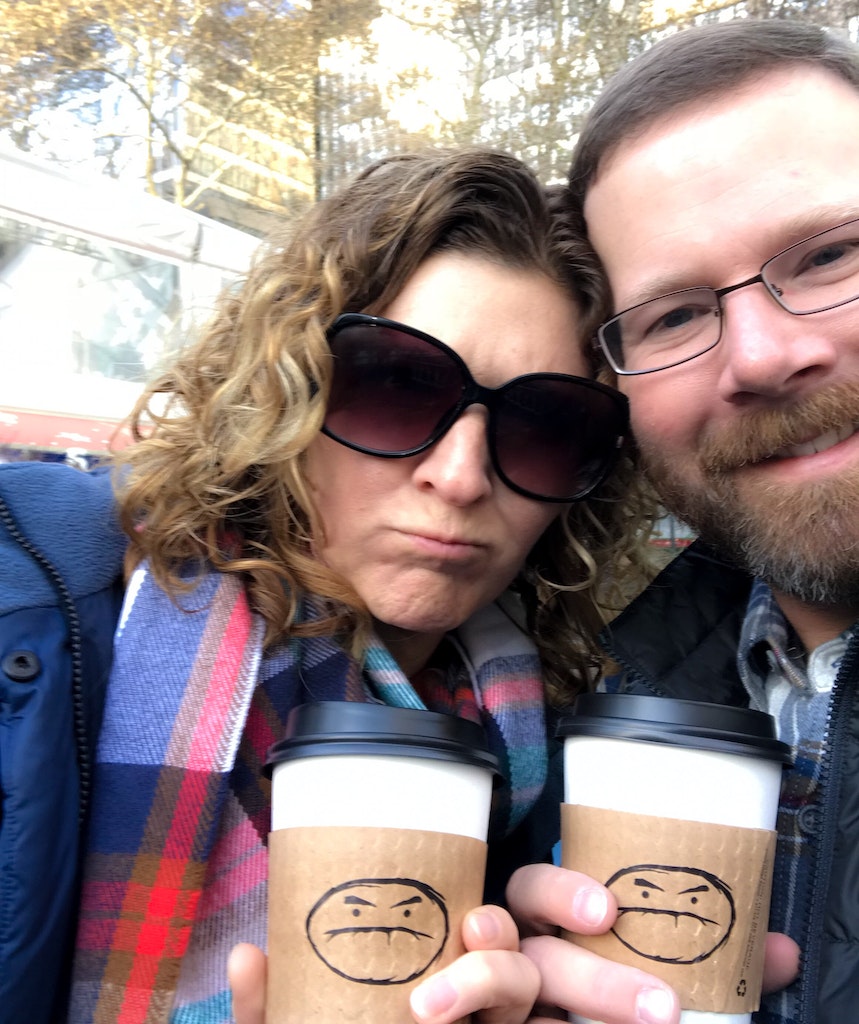 If you’re visiting the city during late fall, winter or early spring, there are several places around the city with outdoor ice skating rinks such as The Rink at Rockefeller Center , the Wollman Rink in Central Park and The Rink at Bryant Park .  Before your trip, I would check on the dates and open skate times for the different rinks.  During our short stay there were times at both the Bryant Park and Rockefeller Center Rinks when the rink was closed for a private event. 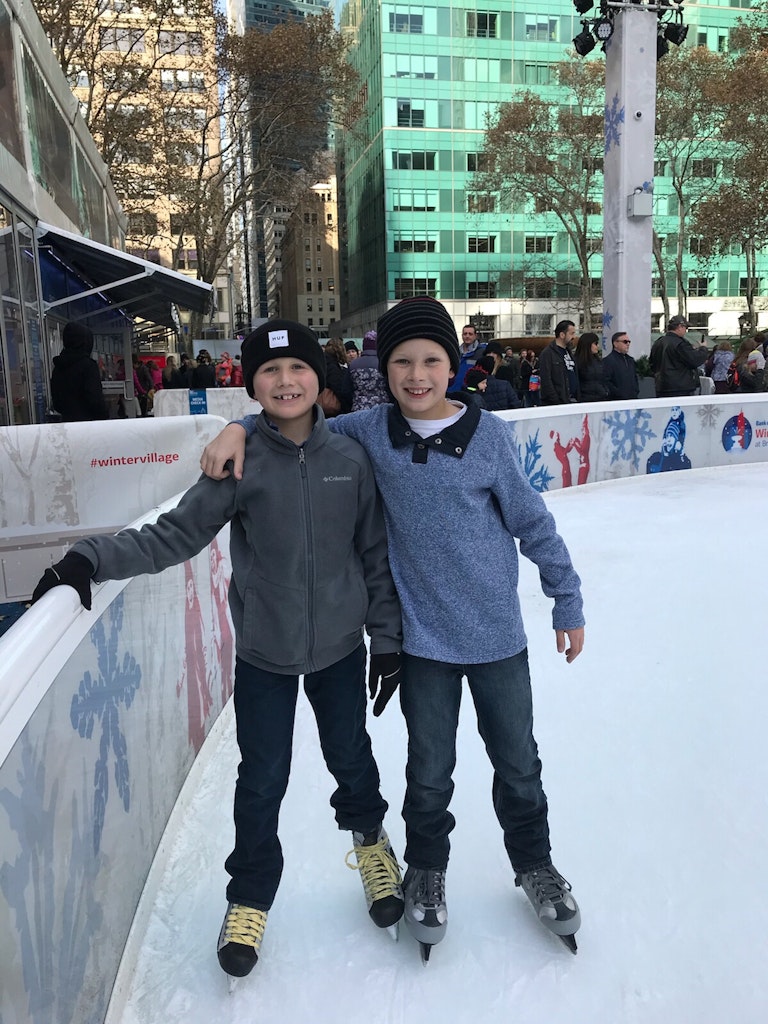 We stayed in Times Square this time so the rink at Bryant Park was a short walk from our hotel.  We got the kids moving early and headed over close to their 8am opening for the rink that day.  Skating at Bryant Park rink is also free if you have your own skates.  You can rent skates for around $20 a person. We have some awesome ice hockey playing neighbors that have outfitted my kids with skates so we saved a little dough there. 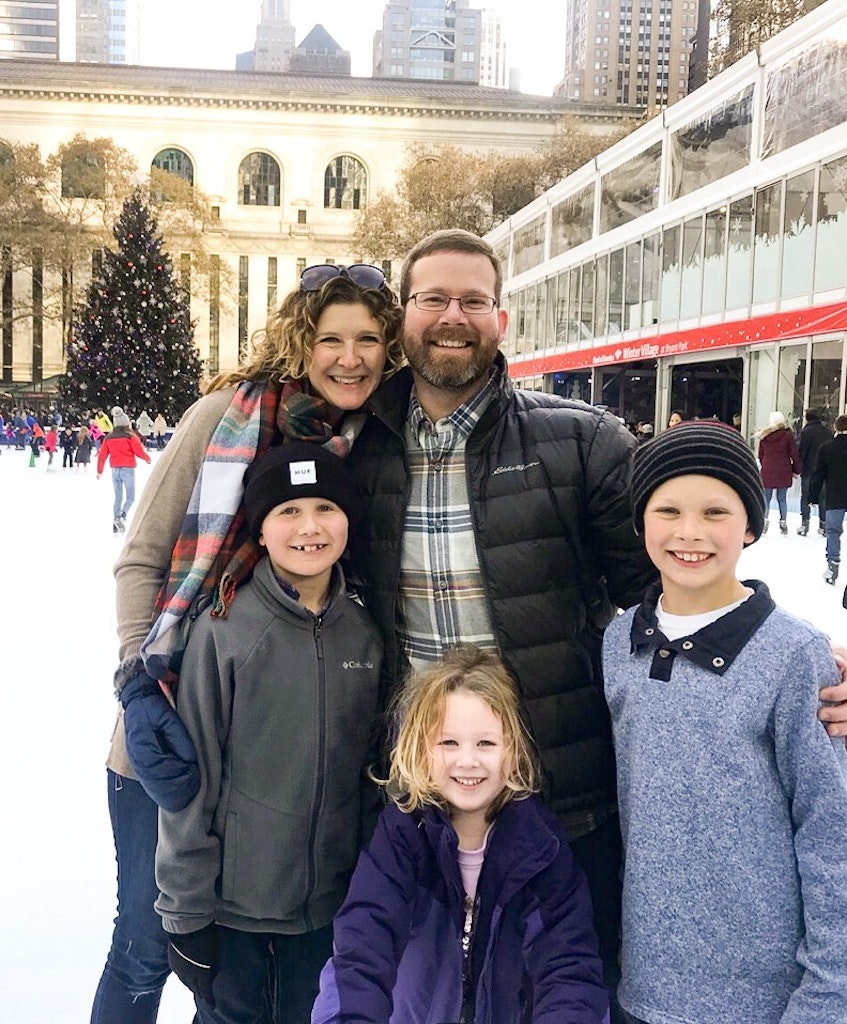 Here, like most of the outdoor rinks, you can purchase a bag check pass, large bag check pass for something like a stroller or you can purchase a lock for a locker.  If you bring your own lock you can use the locker for free if there are available ones.  I thought I was being clever and just wore my purse/backpack out on the ice, but was quickly asked to go place it in a locker for safety reasons 🙂

For the non-skating people in your party, Bryant Park also has an observation deck on the second floor of the ice rink rental building where you can sit inside and look out over the ice rink.

There are tables, chairs, games and craft supplies up there and the best part… there is no purchase necessary to go up to the overlook.  Again, there is a chance that the space will be rented out for a private event so check the website before adding that into your plans.

We really could have spent the better part of the day right there and been completely happy.  It did start getting pretty crowded on the rink around lunch time and i’m guessing the crowd only grew from there, but our early skate time worked perfectly for us.

We left the store, got a quick bite to eat and headed over to Saks Fifth Avenue to check out their beautiful holiday window displays. 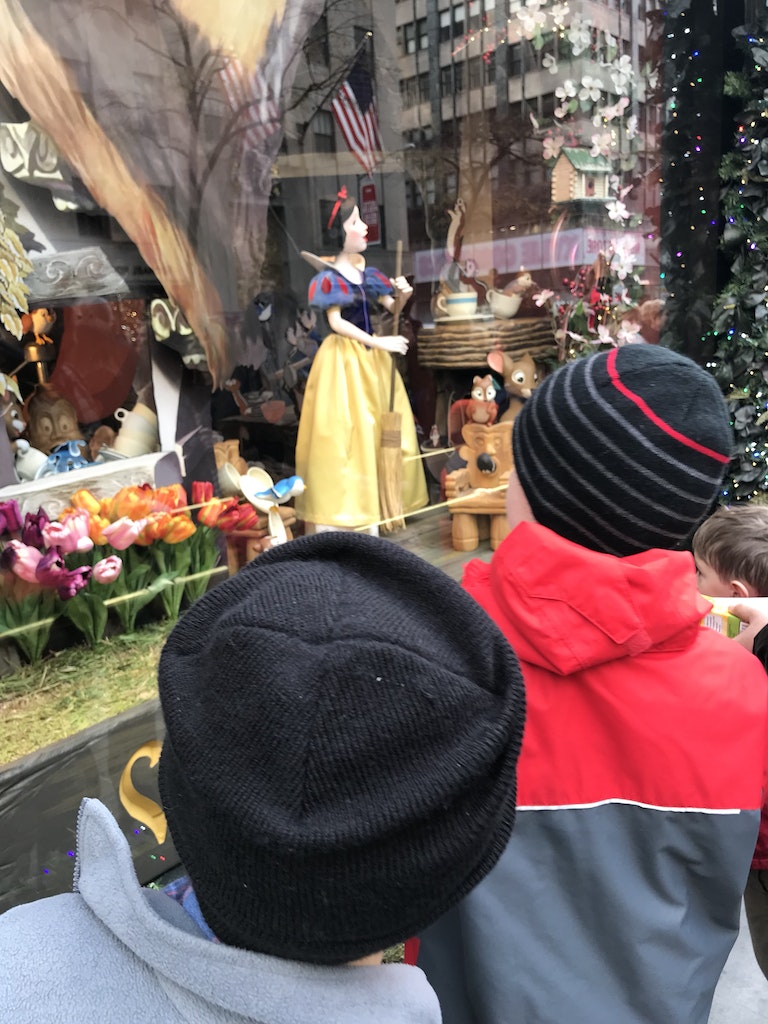 This year they partnered with Disney to show the story of Snow White.  The kids loved walking along the outside of the building checking out the intricate displays. 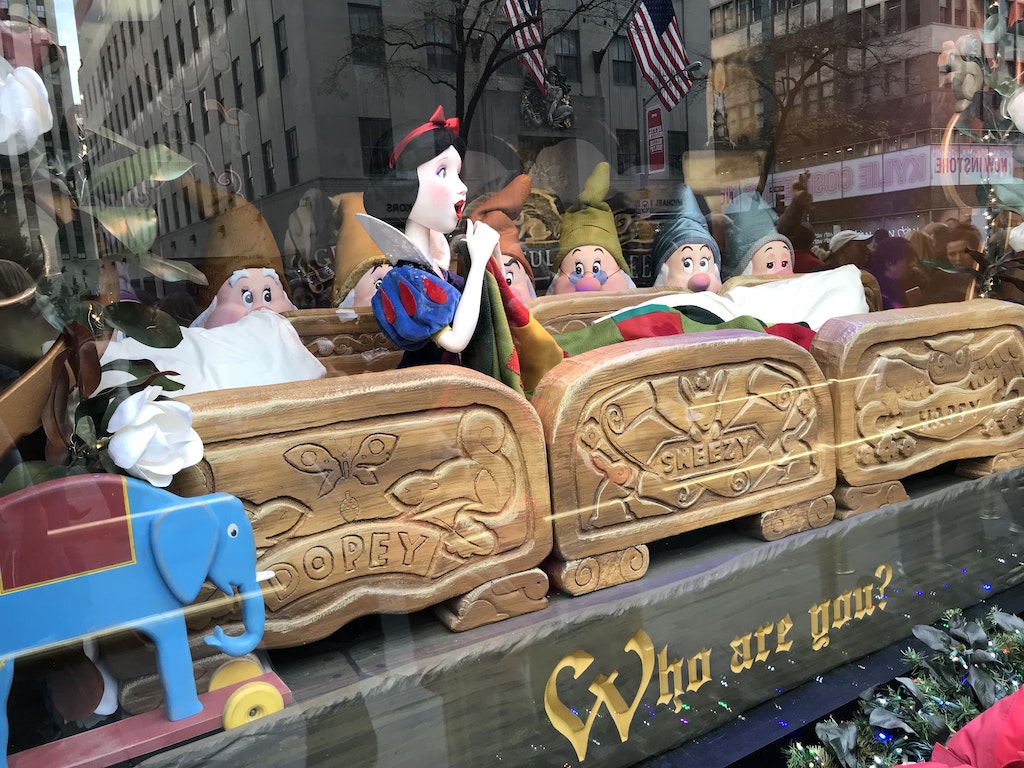 If  you go during the evening hours, Saks Fifth Avenue has a breathtaking light display to music that did not disappoint.  They repeat the show every few minutes so if you catch the tail end of the show you can just hang around for the next one to start.  We stood and watched the show at least three times with the kids. 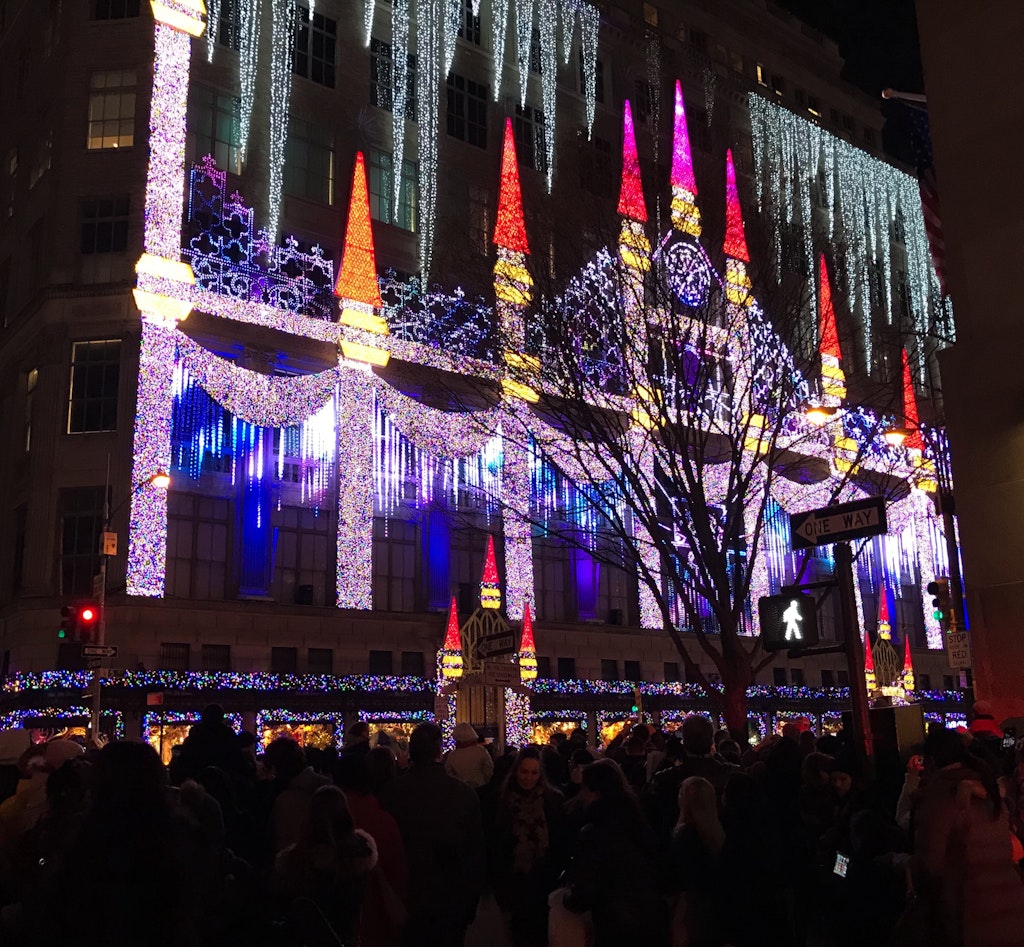 One of our most favorite parts of the trip was watching the Broadway production of Aladdin.  We have three kids, ages 11, 9 and 5 and all three of them absolutely loved it. 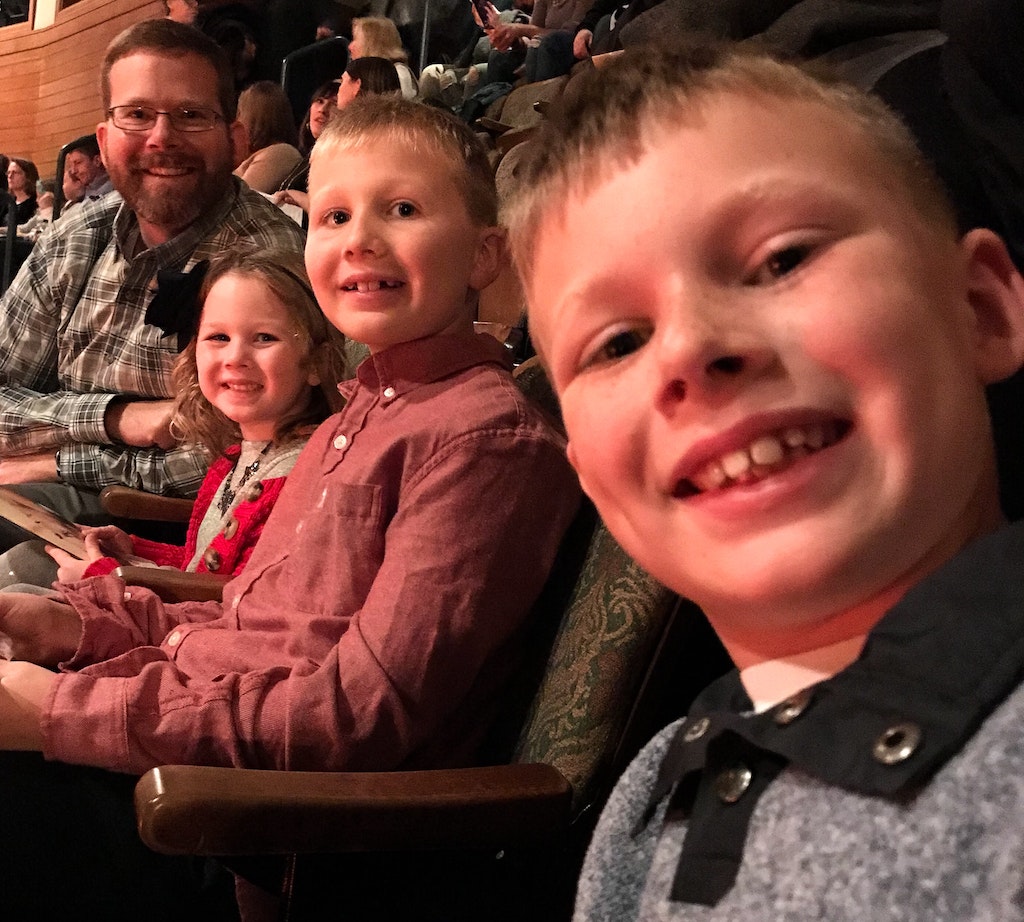 The costumes, the sets, the music, the actors and actresses … everything was amazing.  There were plenty of families in the audience with older kids and couples sans kids that enjoyed it just as much as we did.   I would highly recommend this show.  I was happy that we waited until our daughter was 5.  I think the reccommended minimum age for attending the show is 6 years old.  There were a couple of parts that could have been scary had she been younger. 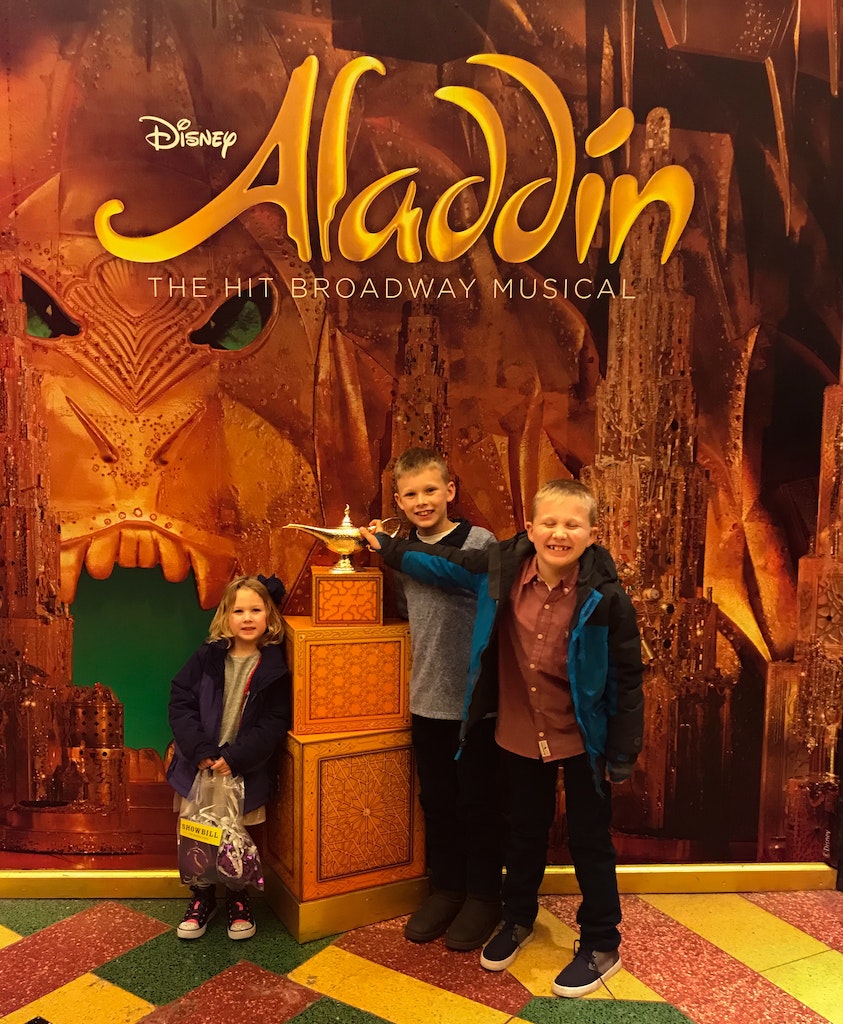 We attended the Saturday matinee which worked perfectly for our crew.  Trying to keep the kiddos awake for the later show after a full day exploring the city sounded to us like a receipe for disaster.  The 2:00 matinee got us out right in time for dinner.

I would advise doing your research and booking at least your dinner reservations prior to your trip.  Since we skipped that step, we called the hotel concierge after the play and with a stroke of luck he had a table ready for us a few blocks away at a quaint Italian restaurant in Hell’s Kitchen.  If you’re looking for a restaurant near the Theater District, Amarone on 9th Ave was superb.  Some of our other favorites around the theater district are Carmines, Ellens Stardust Diner and Bourbon Street Bar & Grill, but there are so many more to choose from!!! 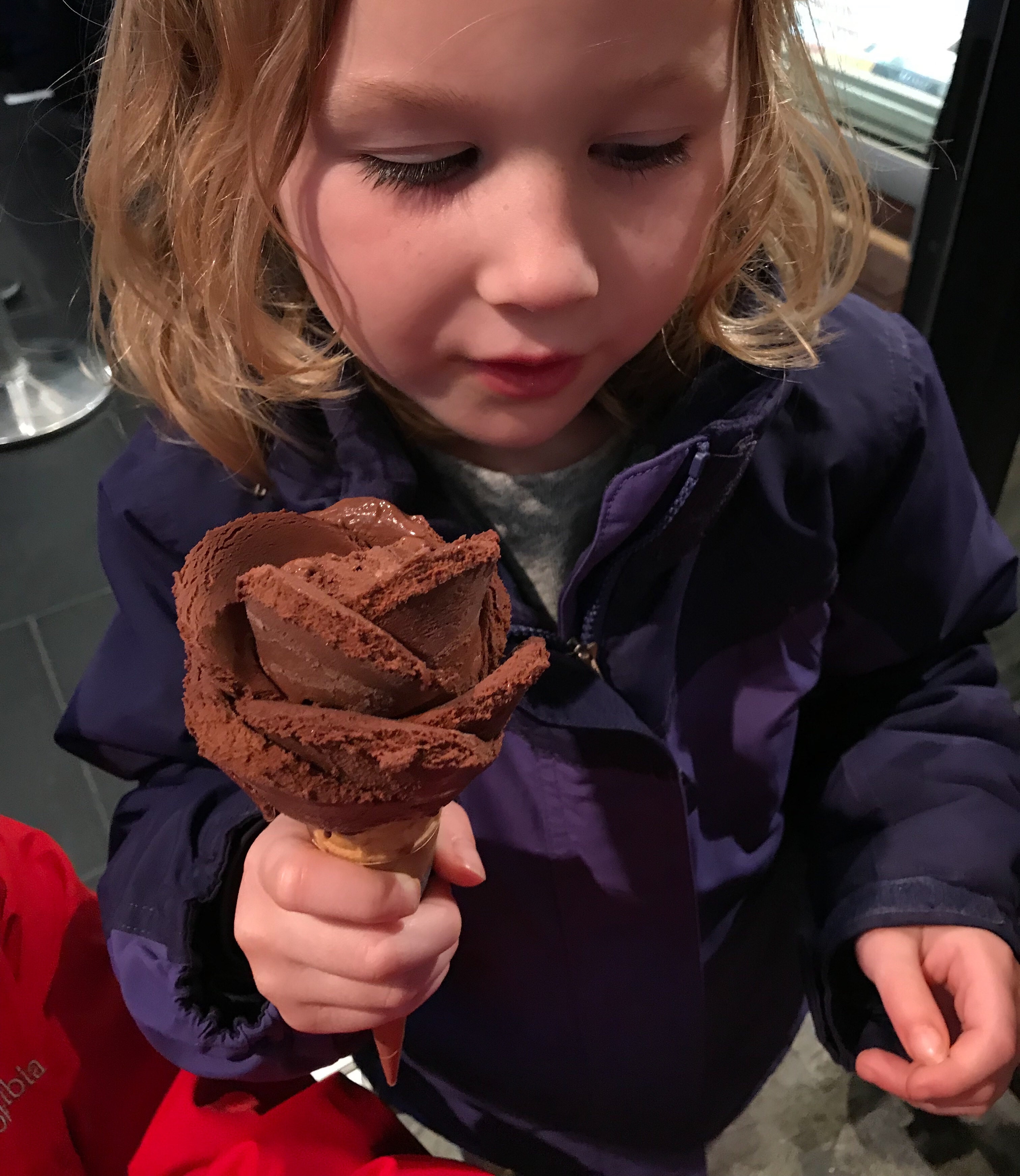 Don’t forget dessert.  The gelato at Amorino in Times Square was amazing.  Each scoop of gelato is carefully crafted into a beautiful and tasty treat.  A few other sweet spots to consider are Milk Bar Store, Dylan’s Candy Shop, Stuffed Ice Cream and Serendipity 3.

The weekend was magical and we can’t wait to get back up to NYC again to do some more exploring.