The five little pumpkins is an autumn classic. Honestly, it’s a year-round favorite in our house BUT we get to share it with others and actually have it be season- appropriate in the fall!  We’ve used this craft for a couple of years now as festival giveaways, preschool party favors, “boo”ing neighbors, and for so many other reasons.  They were originally inspired by balancinghome.com’s super cute craft found here but updated and made our own with cartoon faces as requested by my little “helpers”.

White Cardstock or even white printer paper – Target or Amazon 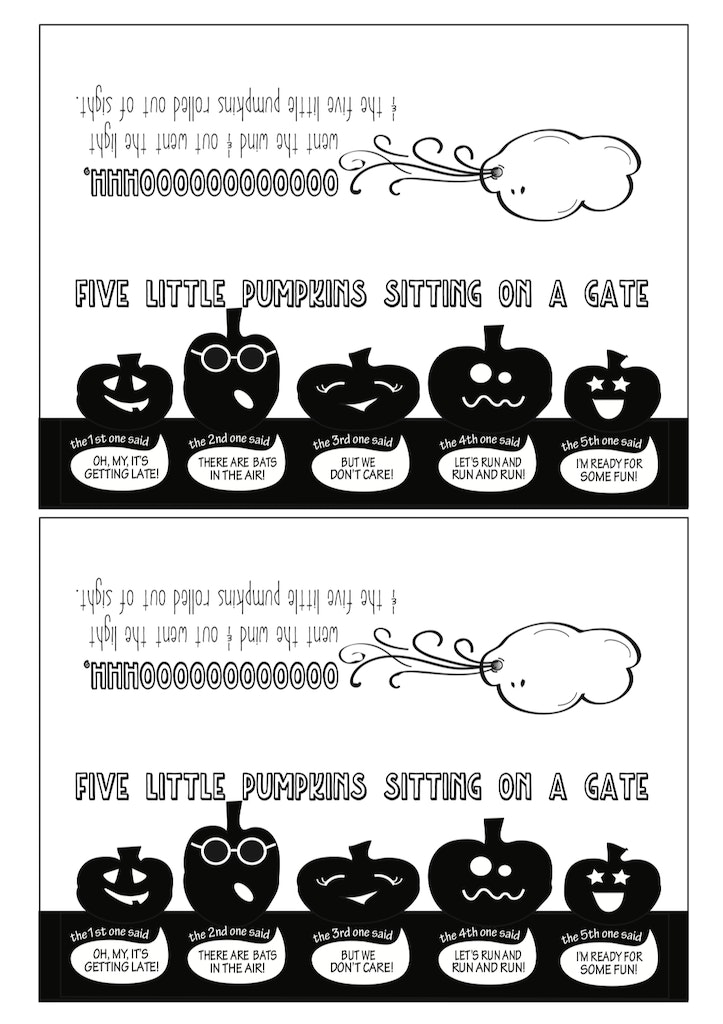 Make sure you don’t select “scale to size” in printer options.  These bad boys are sized exactly to fit the snack sized bags.  There are 2 per page, trim just inside the black line (it’s meant to be a guide rather than a border).

Bend the card so the two edges meet at the bottom.  Press the crease flat to make a “tent” shape. 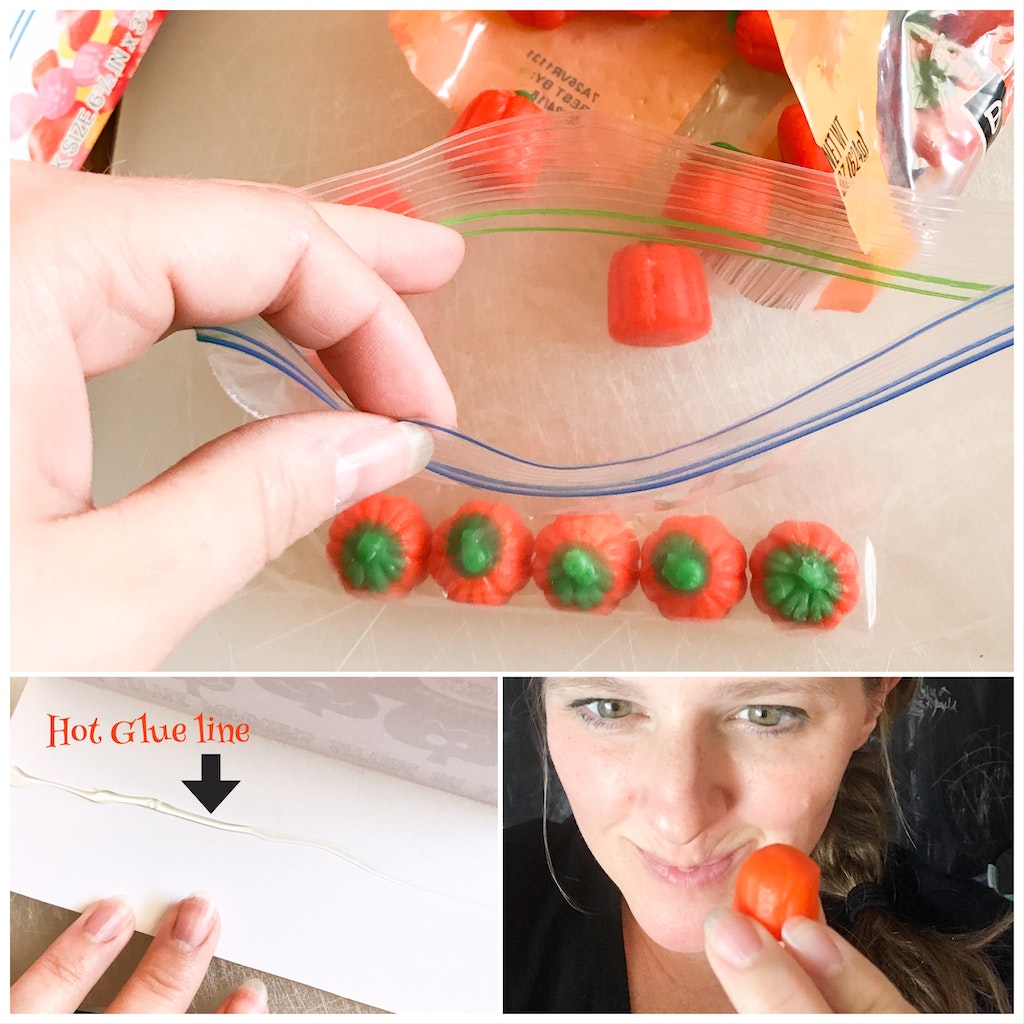 Open the zipper snack bag and place five little pumpkins standing up on the bottom of the bag. Carefully squeeze the extra air out of the bag and zip it shut.

Put a line of hot glue going the length of the bottom half of the tent.  The line should be halfway up. Lay the zipper bag on top of the glue line so that the zipper portion is just barely above it (the hot glue is below the bottom of the zipper).

Eat all of the little pumpkins that didn’t make the “cut”. Yes, this is a real step. 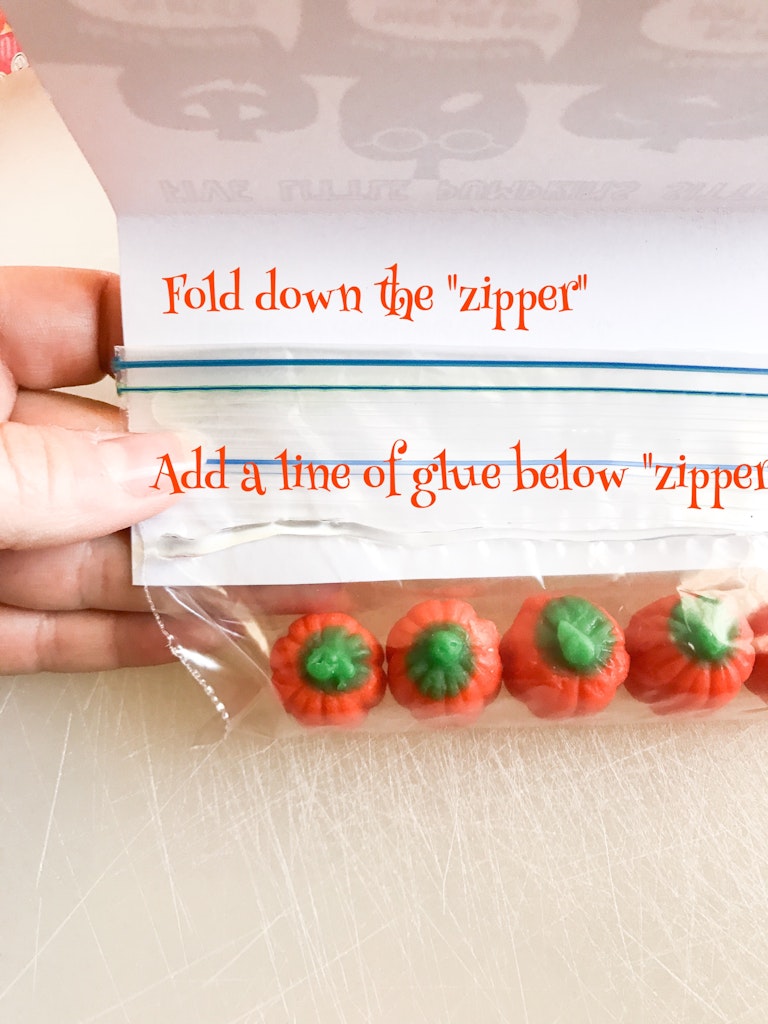 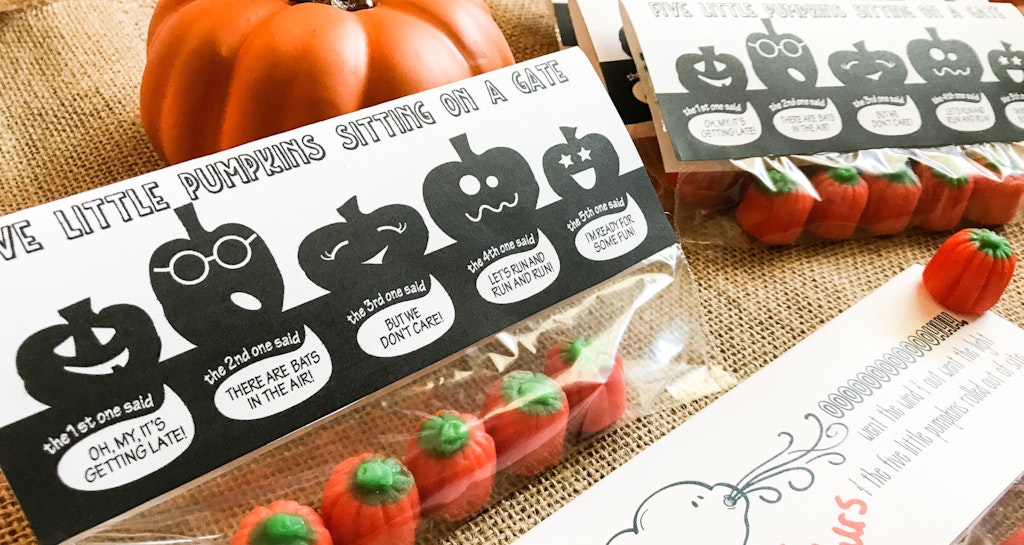 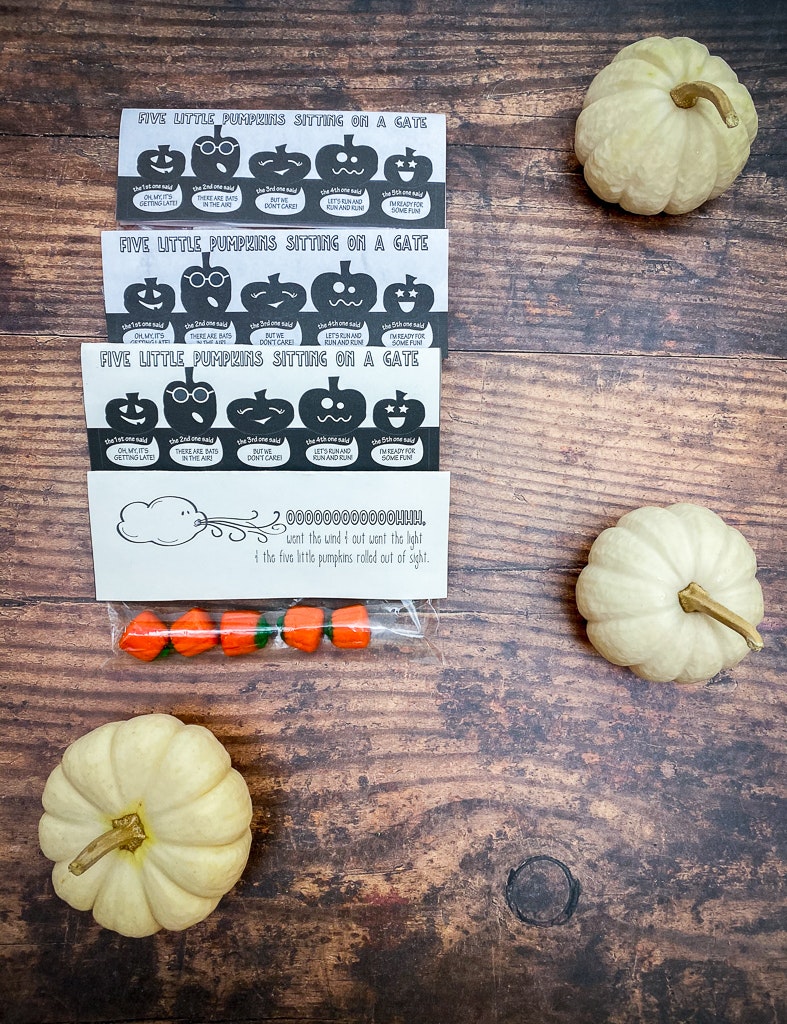